The Broward MPO, City of Hollywood, and Florida Department of Transportation (FDOT) are working to improve sidewalks in the Hollywood Gardens West community as part of the MPO's Complete Streets Initiatives Program. 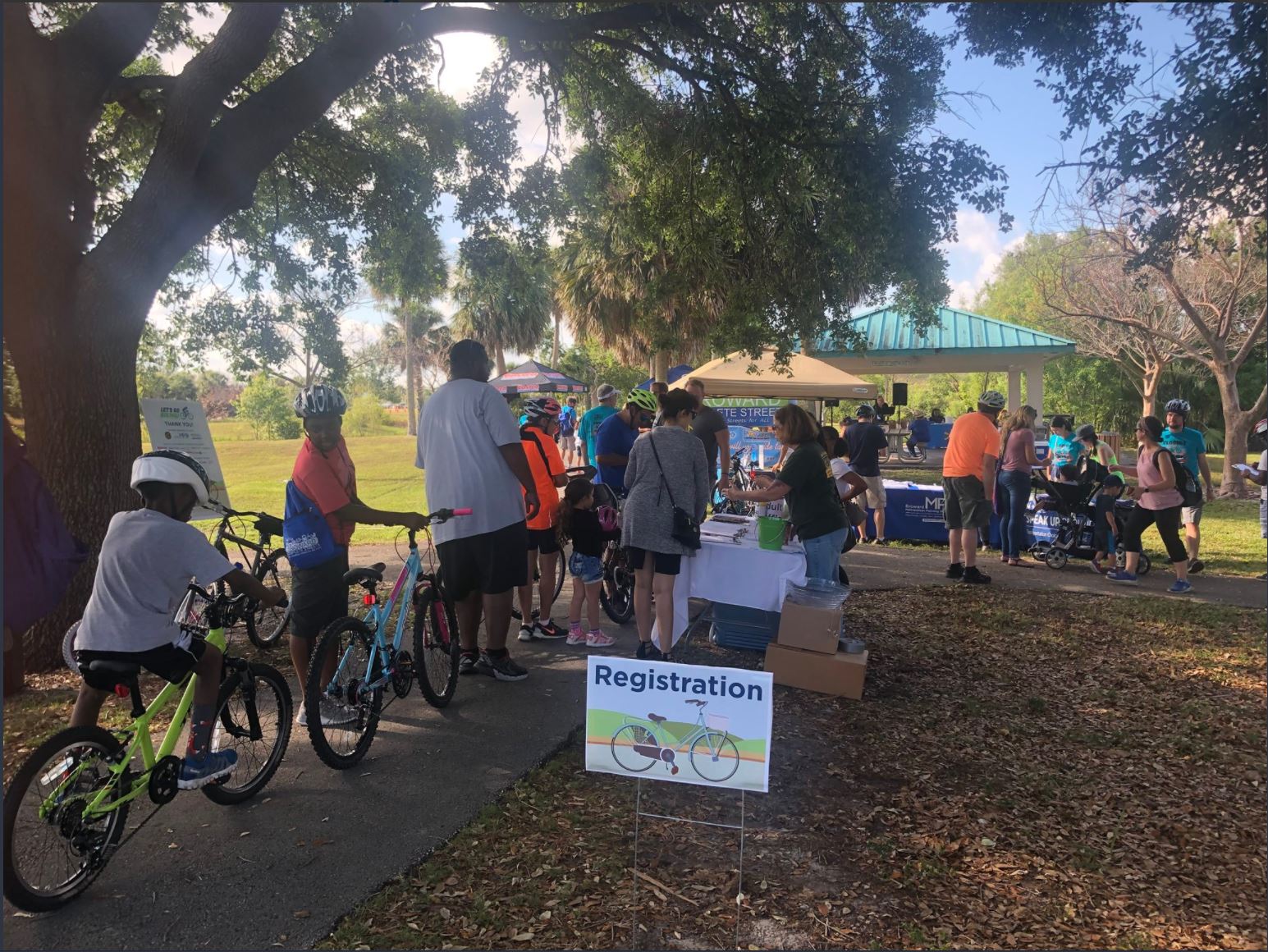 Bright and early on April 7th, over 140 people showed up for a day of bicycling and fun!

On April 18, the MPO hosted the first ever Mayor's and Elected Officials' Roundtable. Over 100 people attended the event, which featured a panel discussion with Fort Lauderdale Mayor Dean Trantalis, Sunrise Mayor Mike Ryan, and Hollywood Mayor Josh Levy, as well as interactive polling on transportation priorities and a robust discussion on the future of Broward's transportation system.

The upcoming installation of Quiet Zones, and their impact on Broward communities that live along the FEC rail corridor, was recently featured on Channel 10 News. 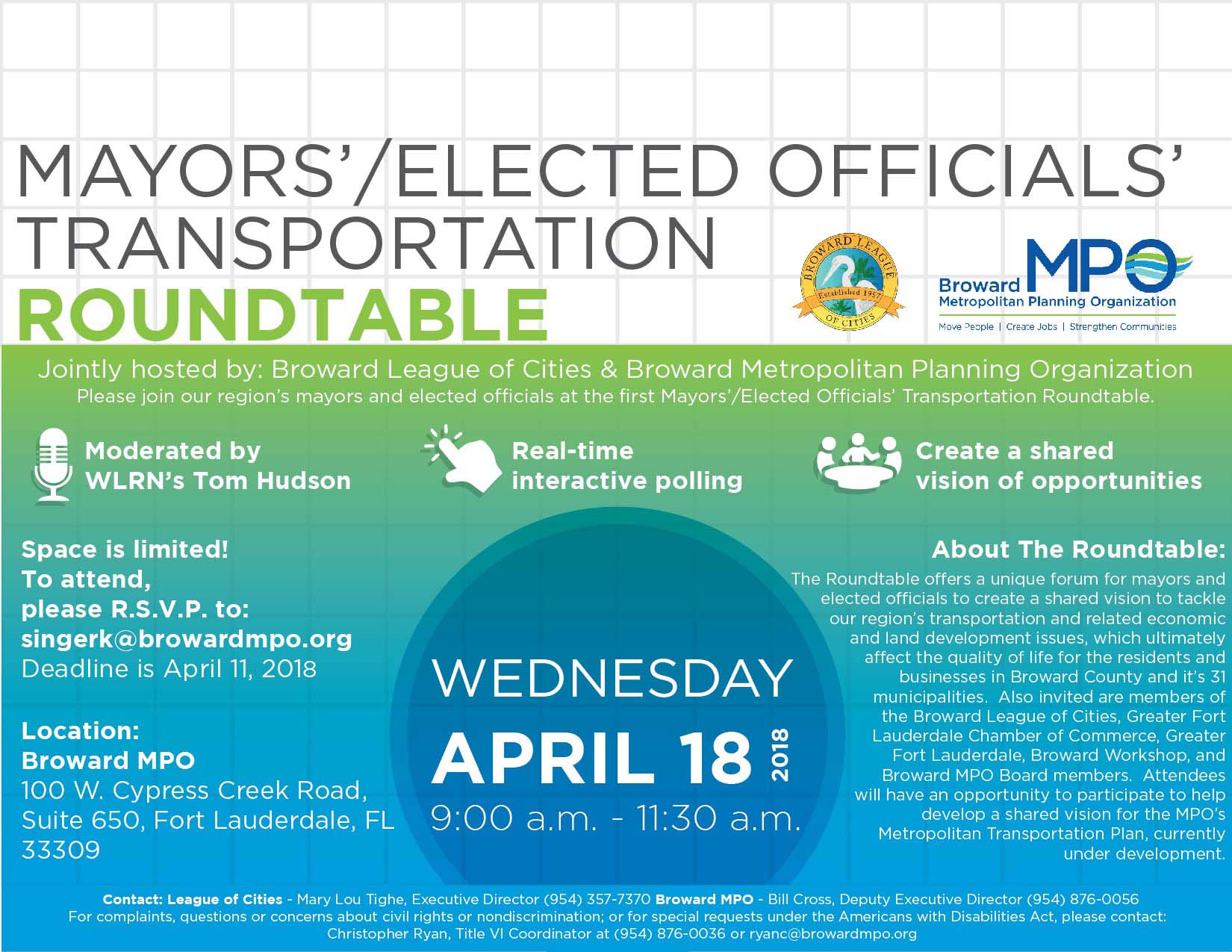 Jointly hosted by Broward League of Cities and the Broward Metropolitan Planning Organization.
This Roundtable is a unique forum for mayors and elected officials to create a shared vision for transportation and other issues in our region.