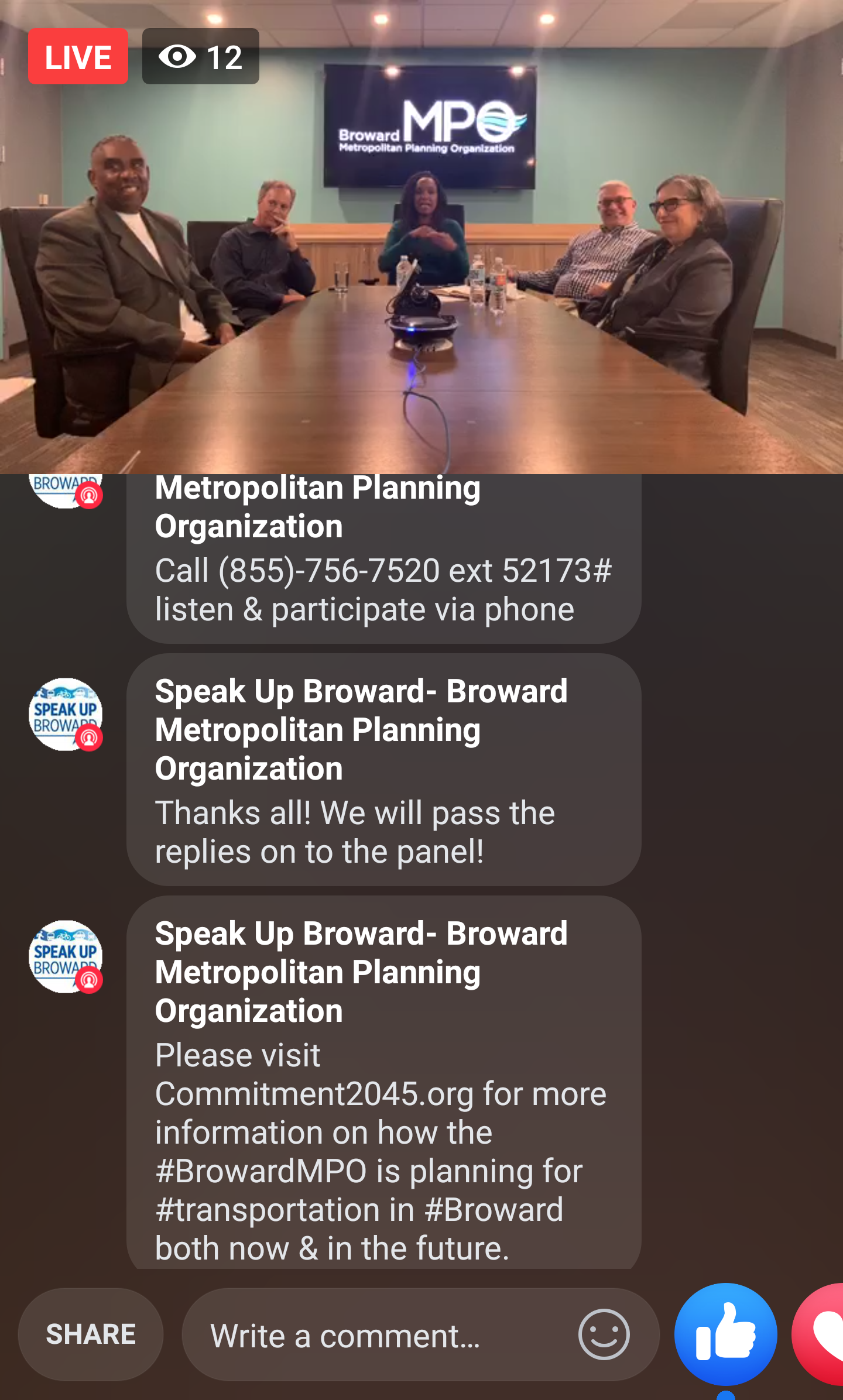 Wednesday, November 13 the Broward MPO hosted an E-Townhall. Spearheading the conversation about the intersection of transportation, affordable housing, and land use we had Commissioners Michael Carn and Beam Furr, land use Attorney Debbie Orshevsky and Broward MPO’s Executive Director Gregory Stuart. Over the course of about an hour, we had over 4,000 people who live, work and play in Broward join the conversation via phone and Facebook Live.

We had callers who expressed their concerns about improving transportation options in West Broward, increasing affordable housing for senior living, and overall quality of life concerns. There was a wide range of representation of residents who reside in a plethora of cities throughout Broward, many of whom were excited about the next E-Townhall! Did you tune in?