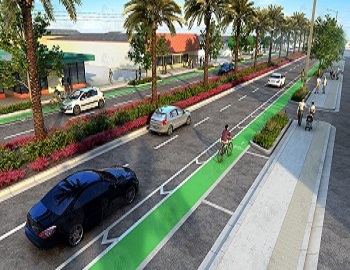 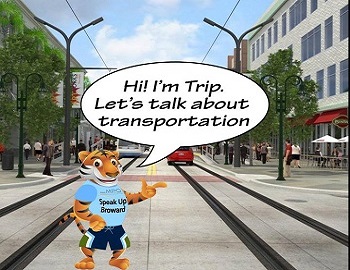 Fort Lauderdale, FL - The Broward Metropolitan Planning Organization (MPO) was awarded a Transportation Investment Generating Economic Recovery (TIGER) grant from the U.S. Department of Transportation for its Regional Complete Streets Initiative in 2016. Since the award, the Broward MPO and implementation partner, Florida Department of Transportation District Four (FDOT D4), have been working diligently on the implementation of the projects identified in this grant. The latest milestone in this grant process is a major development, as of August 2019, the TIGER agreement (between FHWA, FDOT D4 and the Broward MPO) has been executed. This allows the Broward MPO and FDOT D4 to begin utilizing these federal funds received as a part of the grant. 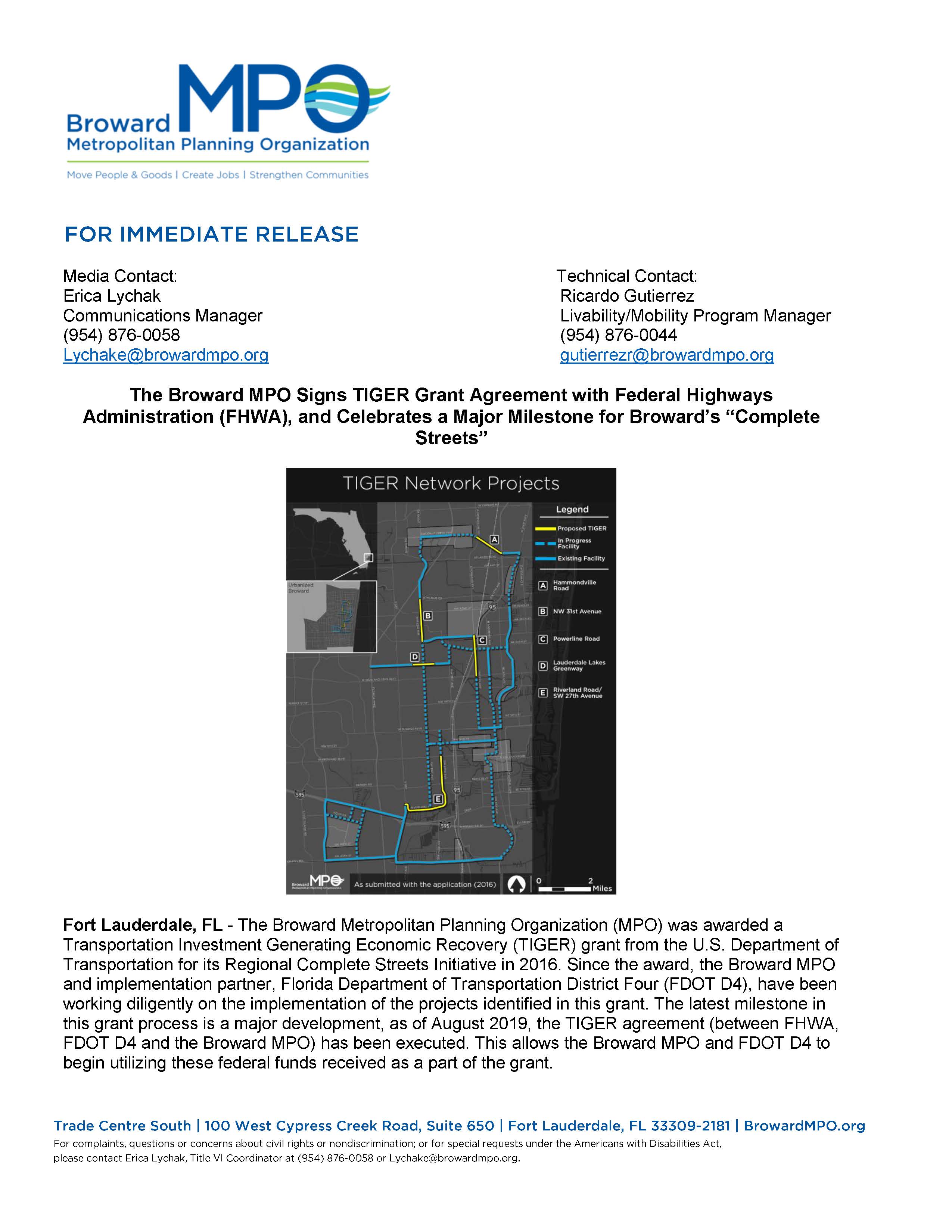 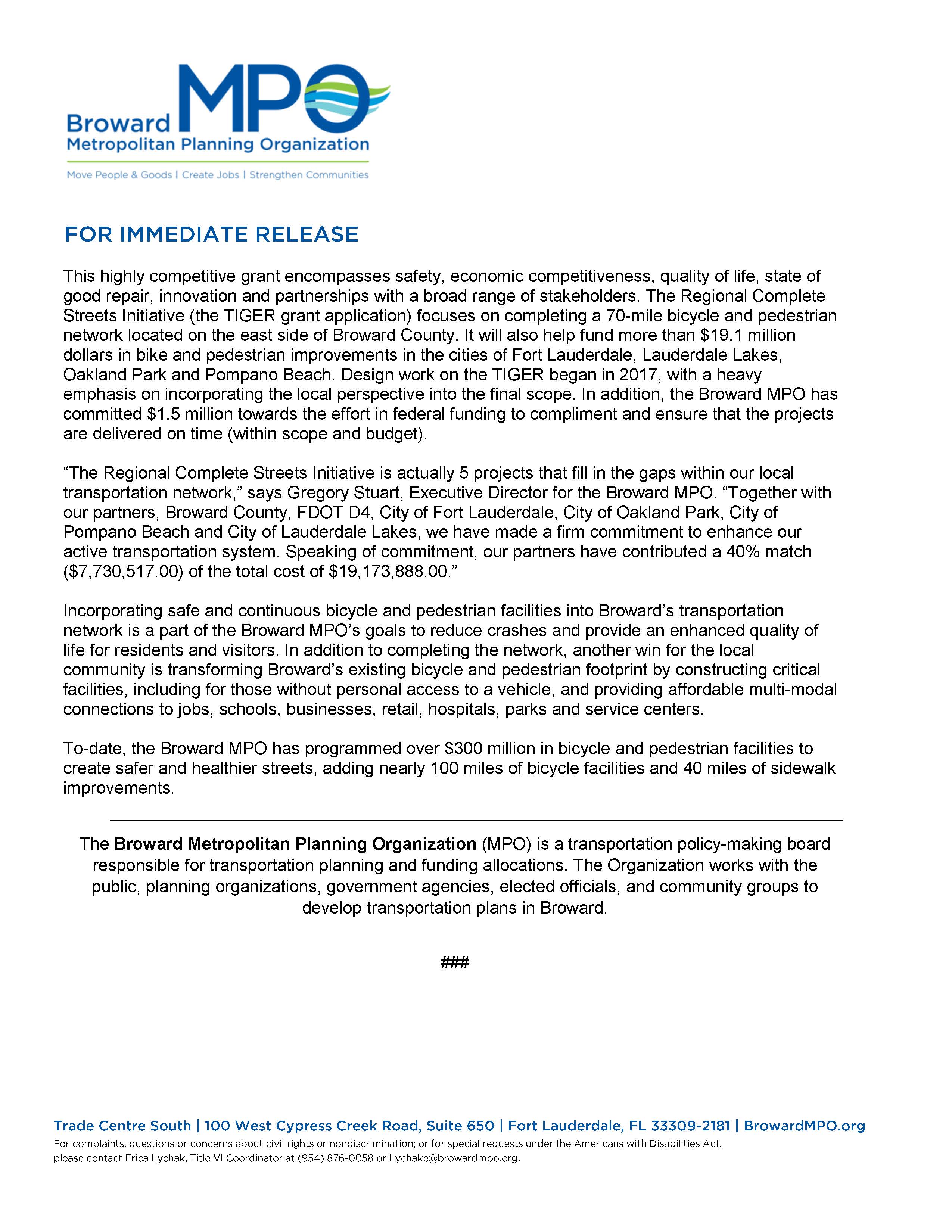 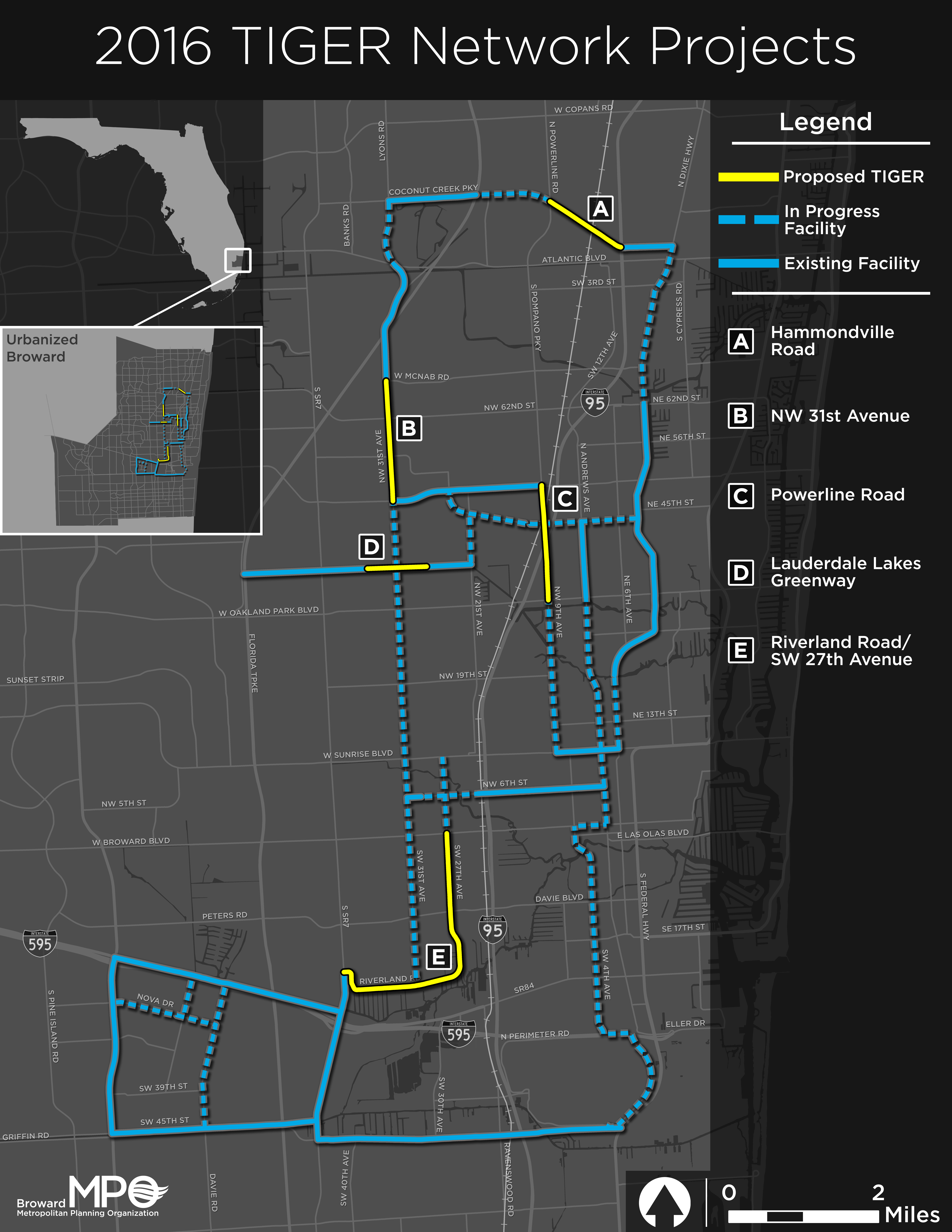 The Broward MPO was awarded a Transportation Investment Generating Economic Recovery (TIGER) Grant from the U.S. Department of Transportation (USDOT) for its regional Broward Complete Streets Initiative. The grant will help fund $19.1 million dollars worth of bike and pedestrian improvements in the cities of Fort Lauderdale, Lauderdale Lakes, Oakland Park, and Pompano Beach. With the rising cost of construction, the MPO is contributing $1.5 million towards this effort as well. Stay tuned for more information on these projects!

CLICK HERE to view the official announcement from USDOT announcing the 2016 TIGER grant winners on July 29, 2016.

To celebrate the awarding of a 2016 TIGER Grant to the Broward MPO, a community-wide celebration was held on October 19, 2016 at 10:00 a.m. at the C-13 Canal/Lauderdale Lakes Greenway across the street from the Lauderdale Lakes Aquatic Center. 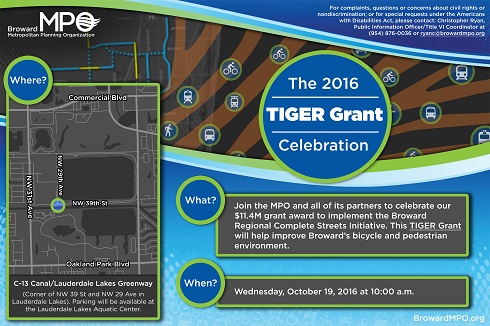 The MPO's TIGER application narrative is not just a request for funding, it is the product of unprecendented collaboration between four municipalities, Broward County Government, Florida Department of Transportation, as well as the private and non-profit sectors. The narrative describes the 2016 TIGER application and highlights the projects that are proposed to be built if the Broward MPO's application is succesful.

Six members of the South Florida Congressional Delegation signed a letter of support to USDOT in favor of the Broward MPO's 2016 TIGER application.

Please contact Ricardo Gutierrez at gutierrezr@browardmpo.org or (954) 876-0044 to learn more about the Broward MPO and what they are working on in your community.